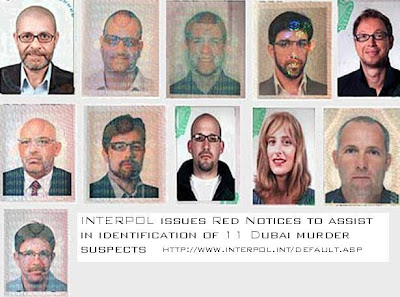 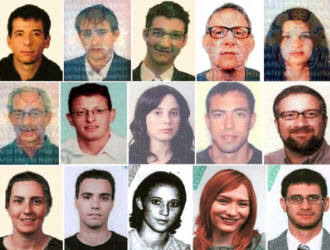 Signs Of An Attempted Coup In New Delhi

With a traumatized nation and a paralyzed government, a core group of secular ideologues and Hindu nationalists are executing a ‘soft coup’ in New Delhi to bring to power hawks who want to pursue America’s agenda of grooming India as a regional policeman, sort out Pakistan and confront China. India will self-destroy in the process. India’s military and intelligence has been penetrated. The man who uncovered the plot, Hemant Karkare, the antiterrorism chief of C police, was the first target of the mysterious terrorists. Patriotic Indians need to wake up and save their country

Preliminary signs emerging from India’s power center, New Delhi, paint a picture of an unstable situation. Security is already compromised. But a bigger story is taking place in New Delhi, not Mumbai. There are disturbing signs that India, a nuclear-armed nation of a billion people, is witnessing a ‘soft coup’ attempt involving secular rightwing ideologues and Hindu nationalists.
Exploiting the fears of a traumatized nation and a government caught sleeping at the wheel, a core group of rightwing ideologues within India’s military, intelligence and political elite are trying to overthrow Manmohan Singh’s government. The plan apparently is to help the rise of rightwing elements in power and firmly push India in a confrontation with Pakistan and some other countries in the region.

The objective of this core group is to see India emerge as a superpower closely allied with the United States. They are excited about American plans for India as a regional policeman and have no problem in confronting China and Pakistan to achieve this status. They think time is slipping and they don’t want a hesitant political leadership in their way. Already the instability in the wake of Mumbai attacks is being exploited to start a war with Pakistan. The fact that this will also help U.S. military that is facing a tough time in Afghanistan appears to be more than just a coincidence.

In the very first hours of the Mumbai attack, the unknown terrorists were able to achieve a singular feat: the targeted murder of Hemant Karkare, the chief antiterrorism officer in the Indian police. The man was responsible for exposing the secret links between the Indian military and Hindu terror groups. His investigation resulted in uncovering the involvement of three Indian military intelligence officers in terrorist acts that were blamed on Muslim groups. At the time of his murder, Karkare was pursuing leads that were supposed to uncover the depth of the nexus between the Indian military and the sudden rise of well armed and well financed Hindu terrorism groups with their wide network of militant training camps across India.

Curiously, a CCTV camera has caught on tape one of the unknown terrorists when he arrived with his group at their first target: a train station. The man, dressed in a jeans and a black T-shirt and carrying a machine gun see picture below, is wearing an orange-colored wrist band very common among religious Hindus. As a comparison, a recent picture of a Hindu militant activist taken during an event this year is shown to the right where the militant is wearing a similar band.

Left, a CCTV snapshot of one of the Mumbai terrorists, wearing the sacred Hindu armband and carrying a machine gun. Right, a picture of a typical member of Hindu terror groups, wearing the same armband. The band is sacred to fundamentalist Hindus who believe wearing it shows devotion and brings good luck from gods. click here if you can’t see the pictures
An aggressive advertisement campaign has already begun across India urging a scared population to rise against the government.

On Friday, front-page advertisements appeared in several newspapers in Delhi showing blood splattered against a black background and the slogan “Brutal Terror Strikes At Will” in bold capital letters. The ads signed off with a simple message: “Fight Terror. Vote B.J.P.”
The Indian, the Pakistani and the international media has not woken up yet to this ‘soft coup’ taking place in New Delhi. Some observers and journalists are beginning to catch its first signs. This is how a New York Times reporter, Somini Sengupta, has characterized it today:
“Mr. Singh’s government had lately hit back at the Bharatiya Janata Party with evidence that its supporters, belonging to a range of radical Hindu organizations, had … been implicated in terrorist attacks. Indeed, in a bizarre twist, the head of the police antiterrorism unit, Hemant Karkare, killed in the Mumbai strikes, had been in the midst of a high-profile investigation of a suspected Hindu terrorist cell. Mr. Karkare’s inquiry had netted nine suspects in connection with a bombing in September of a Muslim-majority area in Malegaon, a small town not far from Mumbai. “

Evidence is emerging that Karkare knew he was facing the prospect of a violent death because of the investigation he was pursuing. What Karkare probably didn’t know is that his elimination would come in such a perfectly executed operation.

Only hours before Karkare’s violent death, his close friend, retired Colonel Rahul Gowardhan, received an envelope. Karkare called him to say he was sending him a confidential letter. This is how Times of India has reported the story:

Just some hours before that, Karkare had sent a letter to him in an envelop which had some “personal” content. “Hemant had called me up on Wednesday,” said Gowardhan, a top official with MSEDCL. “As I was in a meeting, we decided to postpone the talk. He hung up saying he would be sending me an envelope. When I wanted to know the content, he told me to just read the letter that’s inside it. I returned home and read it. I cannot share the content of the letter with anyone,” said Gowardhan.

The highly sophisticated nature of the attack in Mumbai, lasting for almost 60 hours, diminishes the chances of a foreign invasion and increases the possibility that influential elements in Indian intelligence and Hindu militant organizations might have helped orchestrate this incident, pretty much like they did in the Sept. 29 Malegaon attack, in which they tried to simulate a Muslim terrorist group. In that attack, in which three Indian military intelligence officers have been arrested, the objective was to provoke a Muslim backlash that could justify a massive state crackdown against minorities.

Observers are already seeing how the hawks within the Indian establishment and Hindu militant organizations have seized the initiative from a paralyzed government. The Indian army and intelligence are already penetrated. Now the real culprits are channeling the fears of a traumatized people toward Pakistan.

India is on the same path today that the Bush administration hawks took the American nation on after 9/11. But this time, patriotic Indians have the benefit of hindsight. They should stop the secular warmongers and Hindu militants from hijacking their country. The future of the entire region depends on it.